Tenacious D, the rock comedy duo manned by Jack Black and Kyle Gass, started July with a rambunctious tribute, a medley of two classics by The Beatles, “You Never Give Me Your Money” and “The End.”

“Tenacious D are paying tribute to the greatest band in the world…not themselves…The Beatles!!! In the spirit of healing the world….please enjoy tenacious d’s mashup of two classics from Abbey Road,” the band says of the release.

It arrived on Thursday with a music video where Black and Gass travel to London, sing atop mountains, and dance on the beach. They basically take you on the ideal vacation… besides those 15 seconds of chaos. You’ll see.

See Tenacious D in their stylish outfits, and lack thereof, in the “You Never Give Me Your Money / The End” music video below.

Like their last cover, “Time Warp,” this new track will benefit charity: all proceeds will go to Doctors Without Borders.

Pre-order the 7” Vinyl for Doctors Without Borders here.

See the artwork for the new Tenacious D single below. 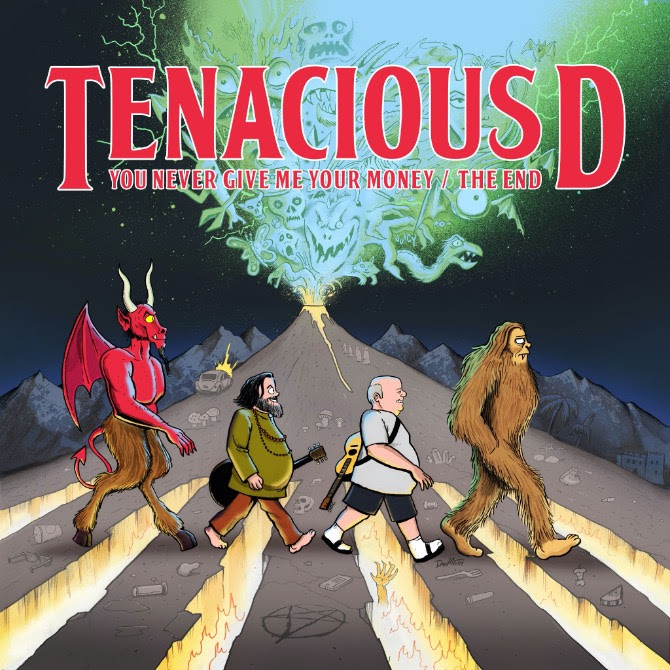